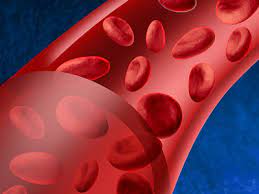 Doctors learned about a new treatment for anemia in clinical trials this week from the prestigious New England Journal of Medicine.  The medications are known as HIF prolyl hydroxylase inhibitors, and the one profiled this week is called vadadustat.  These medications are oral, and encourage the kidney to produce more of its own erythropoeitin, or EPO.  Right now, doctors are able to prescribe erythropoeitin treatments to treat anemia due to chronic kidney disease, including medications like Procrit® and Aranesp®.

These medications, called ESAs or erythopoeisis stimulating agents, work well for the treatment of anemia but have the drawback of only staying active in the human body for about a week before they “wear off,” so patients need to return weekly for ongoing injections.  Also, the ESAs are so far only injectable (a shot). These medications work by stimulating the bone marrow to produce more red cells.  The kidneys usually produce enough of this substance naturally, but when kidney function is reduced, erythropoetin levels can drop and this can lead to anemia.

The new class of agents, in this case vadudastat, was found to be no worse than the comparison medication, Aranesp®, in terms of effectiveness.  The problem is that they were a little more harmful in terms of cardiac toxicity.

The drawbacks of the ESAs is that they can lead to increased heart attacks and strokes, at least at higher doses.  Doctors have found that if the hemoglobin target is between 11.0 and 12.0, the ESAs are safe and do not lead to excessive risk.

The FDA has not approved a HIF prolyl hydroxylase inhibitor yet, though one is approved in Japan, China and Chile.  I suspect that the FDA may have some reservations about approving vadudastat or other members of the category, until researchers can show that these medications are at least as safe as our existing treatments.